There are a large number of window manufacturers around the world, most with names you may not have heard of before.  In the U.S. market names such as Andersen, Jeld-Wen, Simonton, Pella, and Marvin, may come to mind.  Less known is Serious Windows.  Finding a U.S. manufacture that produces windows well suited for passive house construction is most challenging as most are two pane designs.  I believe this circumstance is changing for the better.  I hope energy efficient triple-pane passive house windows--with the proper performance characteristics will eventually become the norm domestically.

But currently, there are many other windows--passive house ready--that offer high(er) levels of performance (and construction quality).  Germany is generally regarded as producing the finest and best windows for passive house in the world (for a price).  Exceptional windows are also available from other European countries.  Examples include Pazen Fenstertechnik, Schüco, Optiwin, Gradwohl Fenster und Haustüren, Bieber, and Intus.  Some of these manufactures produce certified passive house windows.

Purchasing high-end extremely energy efficient windows from Europe for U.S. consumption has historically been difficult, lengthy, and expensive, however even since the time we began our construction (nearly two years ago), they have been easier to obtain through an increasing U.S. presence.  As a consequence, we may have selected a different manufacturer--which produces windows specifically tailored to Passivhaus--if we were starting construction today.

Canada is a good source for high performance windows that possess similar characteristics to their European counterparts--often for less cost and manufacturing lead-time.  Manufacturers include: Thermo-Tech, Fibertec, Inline, Accurate Dorwin, and Loewen.

When comparing energy efficient windows from different manufacturers (especially from abroad), be aware that how windows are rated vary, so directly comparing them may not be as apples-to-apples are one would anticipate.

Our particular window and door selection of Loewen was certainly one of the limiting components of our passive house, as their u-values and shgc values were well short of those of the highest performing certified passive house windows and doors.  This specific area of "weakness," especially since we had so many windows--some quite large--had to made up for in other areas of our passive house construction, such as an extreme airtight building envelope.

Cooktops:  Gas, electric, induction hobs, or a combination?
I love to cook.

As stated in an earlier article Lisa and I gravitated towards high-end kitchen appliances from Miele.  We had considered Viking, Wolf/Sub-zero, Gaggenau, Küppersbusch, Thermador, GE Monogram, Dacor, Bluestar, and DCS cooking appliances among others.

Frankly, we found both Viking and Wolf to be a bit ostentatious and "get over-yourself" in appearance and bulk, the "Hummers" of cooking appliances.  Miele appliances, on the other hand, are understated yet elegant and, we found, quite utilitarian. We were fortunate that Miele's USA corporate headquarters were located relatively close to us in Princeton, NJ.

At their headquarters Miele has their entire line of appliances, as well as kitchens that would make any professional chef proud.  In fact, they have professional chef on staff.  Miele offers cooking classes for prospective and current owners of Miele's cooking appliances by appointm…

Earth Tubes: Passive House Heating and Air Conditioning for Free  Close up view of earth air tube with slit to allow immediate drainage
One of the more controversial elements we incorporated into our Passivhaus project, were earth tubes (also referred to as earth air tubes or ground coupled heat exchangers) as the initial source of our passive house ventilation of fresh air. 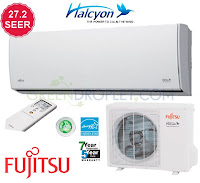 While we fully expected that we would not require active air-conditioning in our passive house, we did anticipate the need for active heating.

The notion of passively heating a home from the thermal energy of the sun alone, certainly sounds appealing enough, but trust me, there are going to plenty enough days during the colder months when long-periods of overcast are going to prevent these sorts of natural interior heat-gains.  And given the sheer size of our home and the layout of the rooms--even with a very open floor plan--active heating was going to be required.

While hydronic radiant floor heating is regarded as being a superior way of heating, we would still have to concern ourselves wi…